Good news for the Commodore VIC 20 and ZX Spectrum owners, Vegetables Deluxe will soon be available for your favorite computer!

After he created this challenging match-3 game for the Commodore 64, Mike Richmond didn’t stop there and ported his own game to the Amiga… twice! The new – faster – version has just been released here. Since then, Mike decided to port the game to the ZX Spectrum as well!

In the meantime, Nick from Arlasoft worked on an amazing VIC-20 version of the game, that will require a 16k ram expansion.

Both will be available on tape and digital download around the end of the year with pre-orders opening soon. Stay tuned! 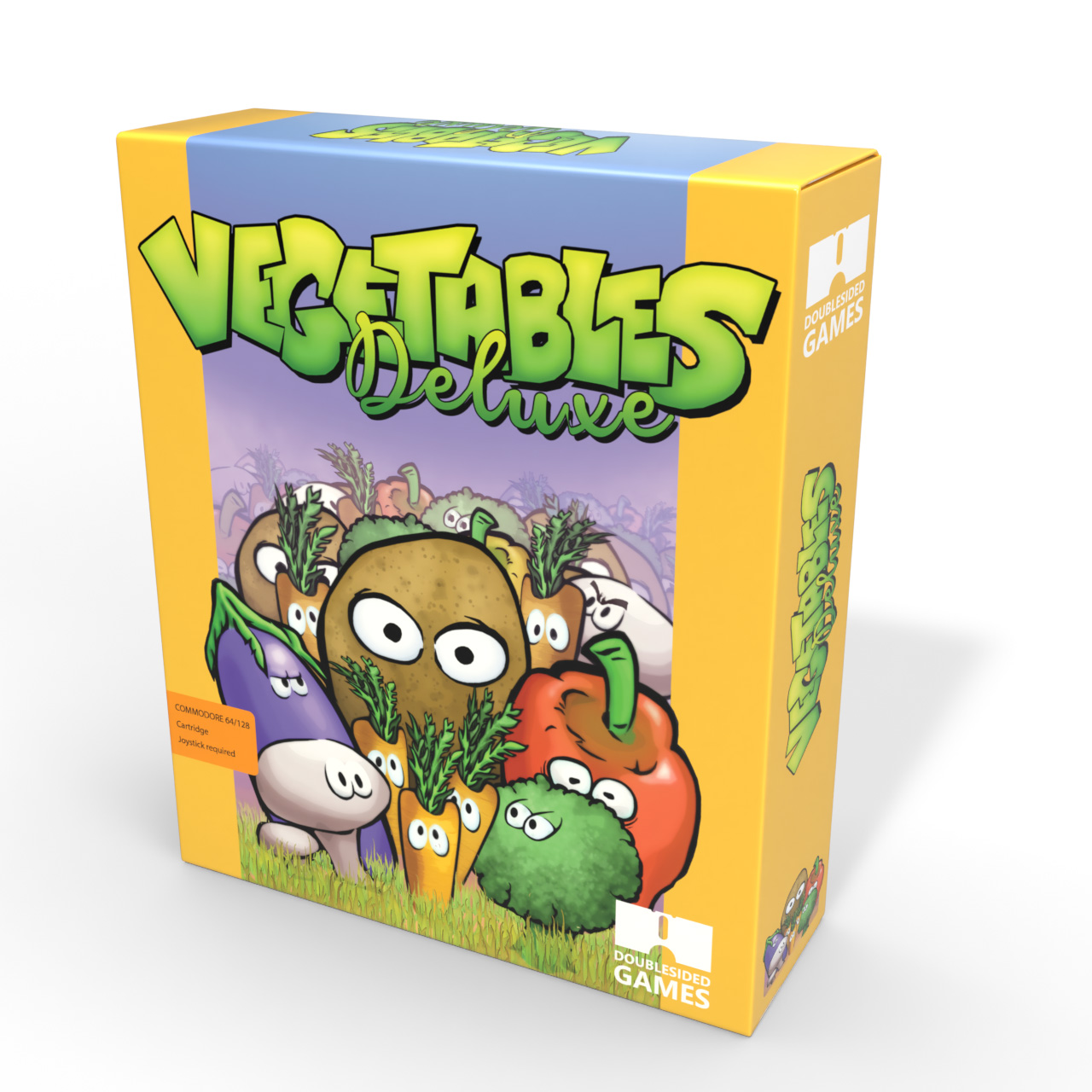 Pre-orders are now open for our match 3 puzzle game for the Commodore 64, designed and programmed by Mike Richmond.

The boxed edition comes in two colours: yellow for the cartridge edition and green for the floppy edition.

The game will be released and shipped on September 30th. The digital edition will be available that same day.